Farewell From Our Intern Asti Hilton 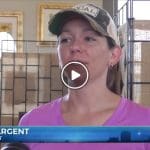 J. Michael is an award-winning communicator, an exhibit designer, writer, poet, and illustrator. A set of children’s books, “Flatcreek Tales,” were his second, third and fourth releases. His popular fifth book, a non-fiction titled “Followership: The Manual” explores leadership from a follower’s point of view. “Great Nations Dare,” his sixth book and second non-fiction, traces the benefits of exploration through history. In 2018, J. Michael released “A Frenchman’s Duty,” now available in local libraries and in hardcover, paperback, and as an e-book on Amazon, Kindle, and at smashword.com. In November 2019, J. Michael completed “The Threads that Bind,” currently posted for reviews and comments at jmichaeldumoulin.com. He is currently working on writing and illustrating a companion to his first book, “This and That,” tentatively titled “Daylight and Thoughts too Dark to Ignore.”

J. Michael Dumoulin is a 30-year Air Force veteran and a retired NASA exhibits manager. Married for more than a third of a century, he and his wife Rosemary live in Bay Saint Louis, Miss. They have two children and three grands.

Colonel Dumoulin graduated with a graphics design degree from Florida State University and earned an Advertising B.S. from the University of Florida. He was awarded a Master’s degree in Public Communications from Boston University and also holds a post-Masters certificate in National Strategy from the Air Force’s Air University.

You can find out more about which cookies we are using or switch them off in settings.

This website uses cookies so that we can provide you with the best user experience possible. Cookie information is stored in your browser and performs functions such as recognising you when you return to our website and helping our team to understand which sections of the website you find most interesting and useful.

Strictly Necessary Cookie should be enabled at all times so that we can save your preferences for cookie settings.

If you disable this cookie, we will not be able to save your preferences. This means that every time you visit this website you will need to enable or disable cookies again.

This website uses Google Analytics to collect anonymous information such as the number of visitors to the site, and the most popular pages.